For Immediate Release: Robert Hahn, real estate industry consultant and regulation activist, has taken a position on the board of directors for Language Health University’s Consumer Trust Housing Unit. A quasi-government agency focused on safeguarding speech between the public and real estate professionals, CTHULHU gains a strong advocate for consumer protections in real estate communications.

“Too many, too small, too poor, “ stated Hahn. “The words used by real estate professionals amount to dangerous marketing, and they need oversight. We must define which words can and should be used to keep real estate a safe space.”

In conjunction with former congressman Barney Frank, CTHULHU has just pushed through legislation under the cover of night, banning marketing words in all real estate dealings and limiting total daily word usage. Known as the Focus On Obscene Language Statute, or colloquially as the Rob-Frank Act, the new regulations are already shaking up the industry.

Some industry stakeholders appreciate the changes. MLS executives and RESO advocates nationwide rejoiced as they struck the marketing remarks fields from their databases and envisioned board meetings without debate over character limits.

Hahn cheered the changes. “Words are like weapons, they wound sometimes. We needed to create a public-private partnership to ensure that the 1st amendment isn’t abused. It merely gives the right to well-regulated minutiae, not the freedom for Realtors to preach their religion to the masses. The Rob-Frank act will ensure the perfect church/state marriage that will thrive long-term.”

The surprising short-term success of the CTHULHU lobbying organization has caused many to question its backing, with fingers pointing at discount brokerages, the internet, a 1996 website operating agreement, and Zillow, though no one really knew why. Representatives refused comment, citing that they had already reached their word limits for the day.

Opportunistically, photography juggernaut VHT immediately opened a “Words Division” and offered to service real estate agents’ listing verbiage for the length of their listings. “We are your partner in servicing listing language. When the listing is finished, we’ll keep our contract, and care of your words, in perpetuity,” said company spokesperson I.P. Troll.

The National Association of REALTORS immediately constructed a communications campaign in response. After a 20 second consultation with uber-lobbyist Jerry Giovanello, though, CEO Bob Goldberg instead released a single statement:

“Get your popcorn, let’s watch this dumpster fire burn.” 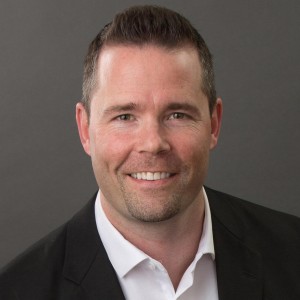 Sam DeBord is CEO of the Real Estate Standards Organization (RESO). He has served in a wide range of industry leadership positions, including as President’s Liaison for MLS and Data Management with the National Association of REALTORS®. He has 20 years of experience in real estate brokerage, lending, and technology consulting.