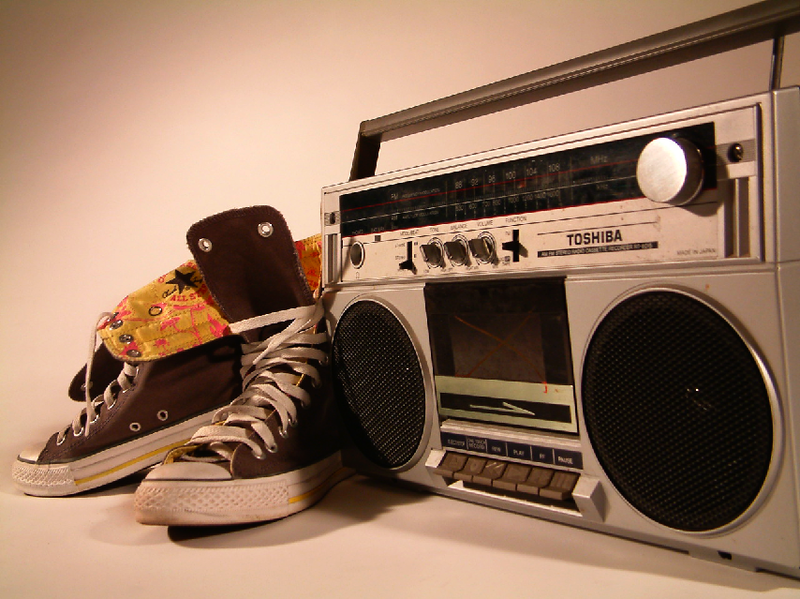 The other night, I was out with a friend having a drink at the local watering hole when I happened to fall into conversation with three *ahem* significantly younger *ahem* people at the next table over. Ages were 22, 24, and 26. Ah, Millennials!

Happens they were talking about music, and one thing led to another, and one of the girls exclaims excitedly, “I love Jay-Z! He’s my favorite old-school rapper.”

But lookee here, honey. Jay-Z may be a lot of things, rich, famous, sleeping every night with one of the hottest women on the planet, talented, yadda yadda yadda, but one thing he ain’t is old-school.

I may not be cool enough or young enough to understand the appeal of One Republic, or why twerking is a socially acceptable dance when performed by suburban kids, but I gotta set the record straight when it comes to old school hip hop.

Easy definition: if you couldn’t have played it in that thing above, it ain’t old skool. Yeah, tape deck, baby. Know what one of those is?

In any event, in the spirit of public service and education of our youth, allow me to present my Top Five old school hip hop artists. There are others, of course, who are deserving of mention, but these are my top five. No fan of rap music should be without at least one track by all five of these artists. Your list is likely different, and feel free to leave yours in the comments. But check it, the original album must have been available as a tape.

KRS-ONE is hip-hop. His original group, Boogie Down Productions, or BDP was one of the pioneers of socially-conscious rap. But beyond that, KRS-ONE has breath control.

Because Chuck D’s voice is the ultimate instrument. “Show ’em this is cold medina, man”. Indeed. And Terminator X just doesn’t get enough recognition as a DJ. One of the Greatest of All Time.

[VIDEO IS EXPLICIT. Probably not safe for work.]

Not exactly a role model for youth, but you can’t deny the impact of NWA on both the music scene and on the culture. If you didn’t live through the period, you can’t imagine just how shocking Straight Outta Compton was. It’s too bad that MC Ren and Eazy-E are both quite untalented rappers. But Ice Cube justifies it all, and Dr. Dre works his magic as the DJ. The weird thing is, there are only three tracks I think are worthwhile, but those three are immortal because of what they started.

It’s a tossup as to who best represents the uber-influential Native Tongue posse between De La Soul and ATCQ, but I’m going with Tribe because of the absolute mastery of the vocal arts by Phife and Q-Tip.

That’s my list. I know I’m leaving off some great MC’s and groups here. (Like, um, Run DMC? LL Cool J, before he started hosting Grammys and such? Big Daddy Kane? Wu-Tang Clan? WTF?) I know, but hey, to add one, you gotta remove one. And I can’t put any of those above these five.

Your mileage may vary.